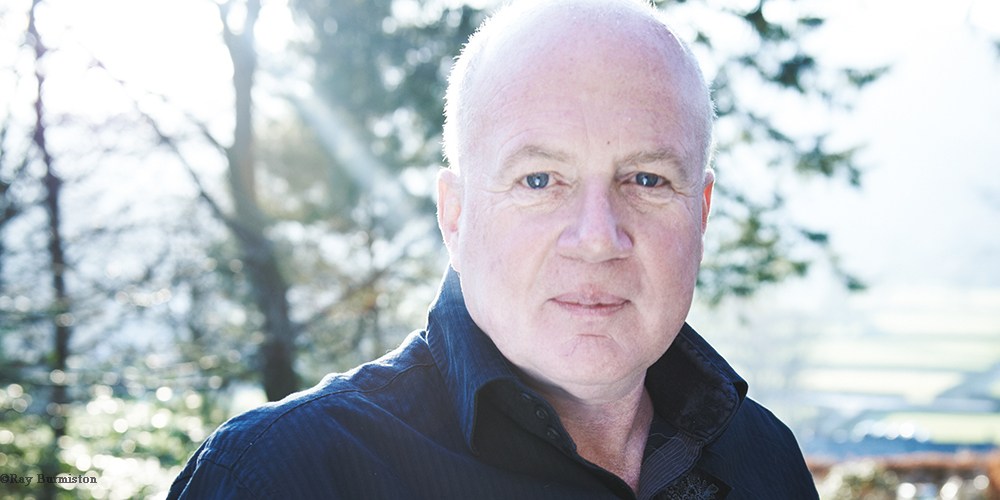 Kevin Roberts, one of media’s most colourful and controversial leaders started his working life with fashion icon Mary Quant in the Sixties. As he departs his role as chairman of Saatchi & Saatchi this month, he talks leadership, life lessons and leaving corporate life

I come from a working-class background. My parents left school when they were 14 and nobody I knew had been to grammar school let alone to tertiary education. I passed my 11-plus and got into Lancaster Royal Grammar School. Their motto was praesis ut prosis – lead in order to serve.

My parents were mean and resentful towards the world. My mother worked in a shop and my father was a security guard in a mental hospital. He had a terrible life: he worked 12 hours a day, six days a week. He’d come home every night at 7pm and take off his belt to hit me. I ran away from home seven times before I was 12.

My aunty, now 82, was terrific – a fantastic mentor and still the person I tell everything to first. She did all my homework with me. She worked like hell with me so I got through my exams.

I really was driven by an English teacher, Peter Sampson, who I am still friendly with. He was a terrific inspiration and the first gay person I’d ever met. When I was 14, he asked the class about our dreams. I said, ‘I want to be a millionaire before I’m 30’. He asked why. I said, ‘I’m poor now, I’ve not got my own bedroom, we can’t afford a school uniform, we don’t have Christmas. And if I had a lot of money I’d be able to help people.’ That still stands. I’m not just materialistic, it’s about having the capability to make a huge difference.

I was scared my fast start would catch up with me and I thought I was faking it, so I moved to Geneva to work for Procter & Gamble at a reduced salary. I knew that P&G were world class in marketing so I wanted to learn from them.

Make the big decisions with your heart, the little ones with your head. That’s the first big lesson I learnt. The Geneva move was my heart going ‘I don’t care about the money’. I knew I would never be the best I could be until I got smarter.

It’s all about execution. That was the second lesson. Everybody at P&G was smarter than me academically but I got promoted faster based on one thing: Herbert Schmitz said, ‘There are only two kinds of people – those that do what they say and those that don’t. Kevin’s in the first group.’

I look for people who are competitive, passionate and restless – those who are driven by ideas and work at their best in a team. And above all, I look for the innate desire to decide.

Fail fast, fix fast, learn fast is a leadership maxim I advocate and live by.

Nobody likes a crisis. Crisis means you don’t have control. You don’t have resources, it’s like a tsunami coming in. But I handle the tough moments well, as you have to make decisions. I am a big believer in being a radical optimist.

I’m a big proponent of soft power. It was fantastic to see May and Merkel together, the body language was great. The values of women are driving us. Warriors winning in a world of soft power count today, not the command and control of hard power. Women are soft-power warriors, influencers, collaborators, hard listeners – the new generation of leadership.

I live in places that are on the edge of the world as living on the edge fuels creativity. I live between New York, New Zealand, the Lake District and most recently Arizona – in the middle of the desert, huge skies, coyotes, mountain lions and the odd rattler.

I don’t get creative blocks. I write a lot, I’m prolific. My advice: drink wine, go to sleep, don’t think about it, wake up, confront blank sheet of paper, don’t edit. Works 100 per cent of the time for me.

I read fiction with flawed male heroes. My two obsessions are Lee Child and Daniel Silva. I don’t read business books but I read history. And I binge-watch TV on my iPad.

I’m moving into the next stage of my life. When I leave Publicis Groupe, as well as continuing to teach at Cambridge and Lancaster, I’ll be running my own business Red Rose Consulting, working on leadership, marketing, branding and creativity. I’ll be working with people who I like in businesses that I love, in places close to where I live. It’s very exciting