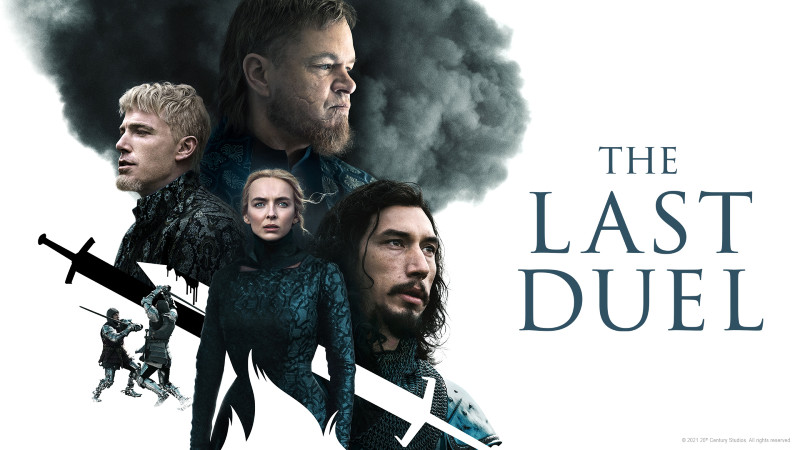 But what’s even more amazing is the film’s Director.  Ridley Scott is 84 and just directed this star-studded epic and The House of Gucci with Lady Gaga and co which Trudy and Vanessa enjoyed on the big screen on New Years Eve.  Two major movies spanning six centuries!!!  What a guy.  Both shot in 2021 in the middle of a global pandemic.  Incredible.  And there’s more.  A Napoleon and Josephine epic being shot in France this month – with Joaquin Phoenix and (again) Jodie Comer – fast becoming this year’s ‘It Girl’, and a sequel to one of my favourite all time movies – Gladiator in the pipeline too.

Scott didn’t direct his first movie (The Duellists) until he was 40 (having first developed a terrific career in advertising, including the UK’s favourite all-time commercial in 1973 for Hovis bread).  Since then he’s been a box office phenomenon – Blade Runner, Alien, Thelma & Louise, Black Hawk Down, Gladiator, The Martian, American Gangster – amazing.

Don’t Let The Old Man In.