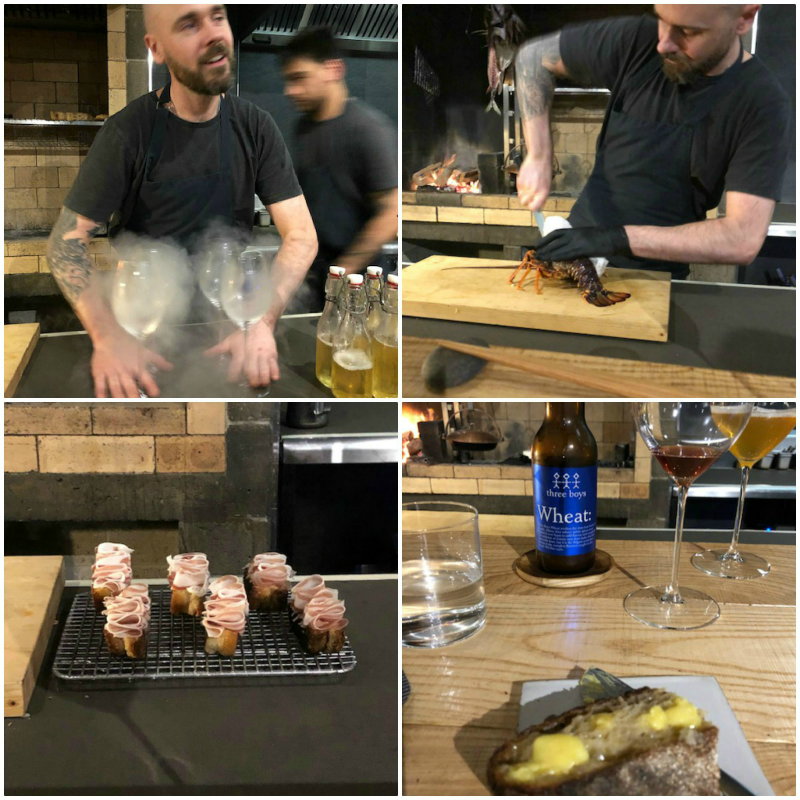 Pasture was recently named Restaurant of the Year by Auckland’s Metro Magazine.

And I agree with them.

We took over the entire restaurant on Wednesday night.  A family get-together – but not as grandiose as it sounds.  There were only six of us (wife, sister and daughter – how spoilt am I?), but the restaurant only has six seats!

Like my favourite Binkleys in Phoenix, Pasture chef Ed Verner is re-imagining the entire restaurant experience – making it an intimate, focused, intense yet relaxed night full of quiet delight.

The restaurant has its own lounge integrated into the counter/kitchen – decorated like a cross between a Japanese inn, a Scandinavian bolthole and a 50’s New York loft.

Here’s what we ate and drank.

Under the Milky Way / Grandmaster Flash

Build me up buttercup

We’ll be back when we’re next in Auckland.