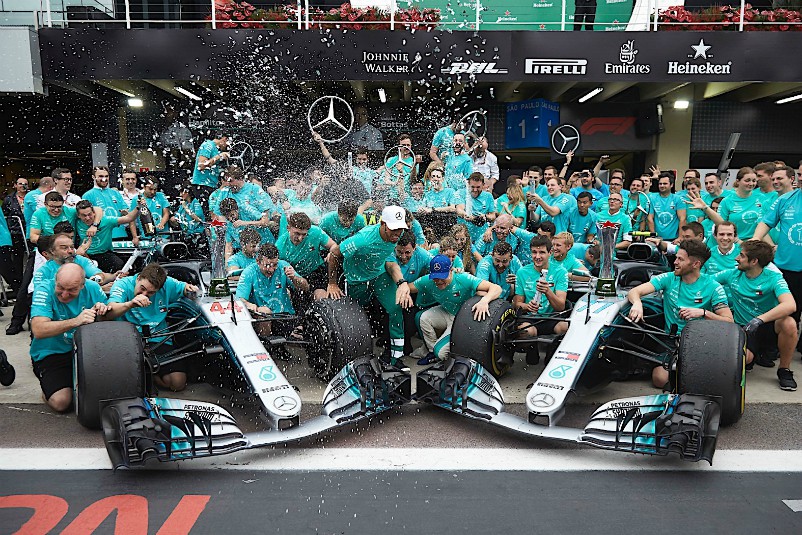 Former Wallaby Captain Nick Farr-Jones sent me over Alan’s column a couple of weeks ago which contained a helluva lot of sensible advice for the Australian Rugby Union – all of which they will naturally ignore.

He also told the story of another Aussie, Tom Wolff who heads up the Mercedes Motor Sports Programme.  Here’s what Alan said:

That equals the record set by Ferrari in the Michael Schumacher era.

This year they’re racing to break new ground aiming to win a sixth consecutive double and they’re well on track to do that.

The BBC recently spoke to Toto Wolff about his team’s success and, amongst other things, Wolff put it down to using the fear of failure as a motivation.

After difficult races, he talks about learning from failure.

Wolff argued, “The days we fail are the days we learn the most.  You never leave the track with a great victory saying ‘Why did we win?’ but you do leave the track saying ‘Why the hell did we lose … indeed the diligence of the analysis to leave no stone unturned is much deeper and intense when you’ve lost.  The pain of losing lasts many days, probably until the next race.  And this has kept us going”.

(Aside – All Black Captain Sean Fitzpatrick told me pretty much the same thing about the All Blacks.)

A favourite Wolff saying is “Turn your worst days against your rivals”.

But success at Mercedes is not solely about fearing failure.

Toto Wolff also looks to learn from other successful sporting people and teams.

In fact it appears Mercedes have found inspiration from the winning record of the All Blacks.

They’re now working with a forensic psychiatrist, Ceri Evans who was instrumental in helping the New Zealand Rugby team shake off their World Cup choking habit.

Evans has a mantra he encourages all teams to make part of their culture, “See it, say it, fix it”.

Wolff says, “Encouraging everybody in the organisation to speak up and point out shortcomings and deficits has been instrumental in making us successful”.

He believes the openness and lack of blame culture is a key to keeping the team together.

“We actually encourage people to say their opinion because it’s important for their own development.  We keep our values up very high.  It’s a place where there are no internal politics.  Integrity is most important.  It is an environment where people dare to speak up.”

So it’s no accident that both the All Blacks and the Mercedes Formula One team have made winning an art form.

Both organisations have flourished by getting their workplace environments sorted out.

That’s called culture and the by-product of that culture is winning.”