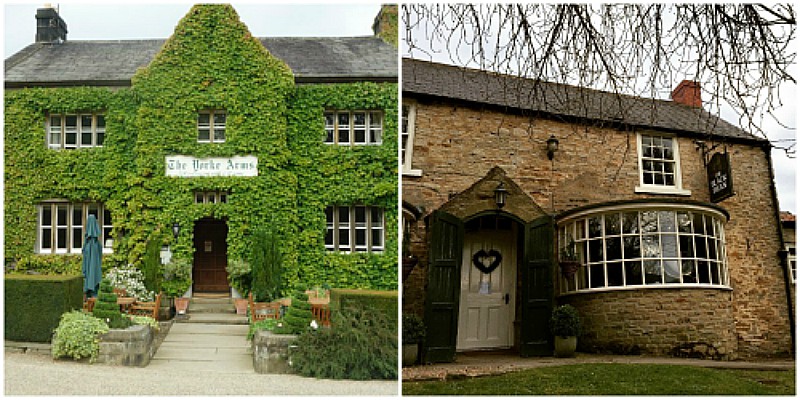 Almost 600 years ago England was embroiled in a 30 year civil war between the Red Rose of Lancaster and Yorkshire’s White Rose, resulting in an eventual victory for the Red Rose as the House of Tudor prevailed.  (That’s the way we see it in Lancashire and especially from my old school Lancaster Royal Grammar School which was founded in 1235.)
Despite the history, we Lancastrians have a gracious attitude towards our less fortunate Eastern neighbours and often refer to ‘What’s the best thing Yorkshire has to offer?’.  The answer (of course) – the road to Lancashire!!
Last weekend we took that road in the opposite direction and did a whistle stop tour of York, Harrogate (picking up two pieces of Bob Dylan’s original art at The Castle Gallery – who knew!!) and Scarborough – a great castle and quaint harbour.
If you’re heading that way, make sure you drop anchor in two Michelin starred pubs.  The Yorke Arms – a restaurant with rooms – in the heart of the Nidderdale Valley in the North Yorkshire Dales.  Stunning rural setting – Frances Atkins at the helm in the kitchen – one of only six female Michelin starred chefs in the UK.  An 18th century coaching house beautifully refurbished.  Creative, locally sourced tasting menu, and a quirky suite at the top of the pub – The Rhubarb Suite.
Then, don’t miss Tommy Banks’ The Black Swan at Oldstead (stay in one of the new Garden rooms).  The restaurant offers one menu, a tasting experience of ingredients grown or foraged around Oldstead.  Very good indeed.  Amazing cocktails using local produce.
Now – if only the poor Yorkies had a decent football team ….
KR