Throwback Thursday – Tougher Than the Rest 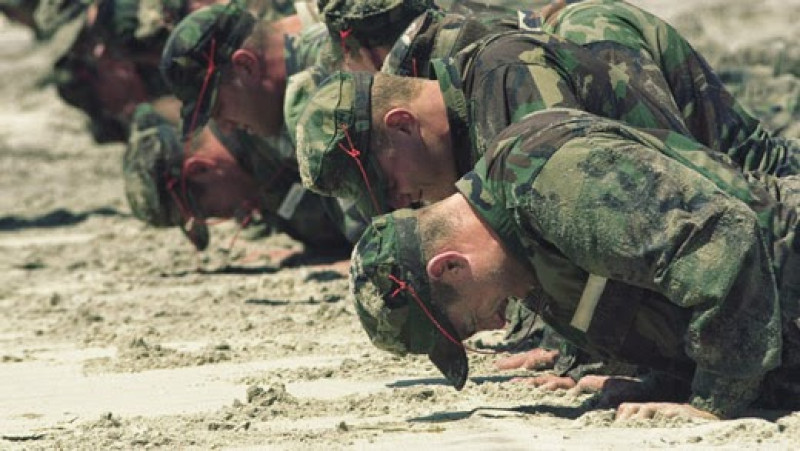 Reminders for all of us as we move from Survive to Revive and Thrive.

In a recent article in Business Insider, Wired Magazine writer and founder of the great blog Barking Up The Wrong Tree Eric Barker spoke with his friend and former SEAL Platoon Commander James Waters about how his experiences in SEAL training and deployment align with the latest scientific research about grit, motivation, expertise, and how people survive the most challenging situations.

First is having a purpose and a sense of greater meaning.  Barker relates how out of an initial 256 volunteers in Waters’ SEALS training class, only 16 graduated – a whopping 94% attrition rate.  Research shows that when it comes to physical distress, our brains quit long before our bodies give out.  The difference just might come down to having a higher purpose and an intrinsic goal (“Serving my country is something that matters deeply to me.”) rather than an extrinsic goal (“Being a SEAL would be really cool, and making officer one day would be a powerful position.”).

Confidence is key, but so is staying realistic.  “People in tough situations need to be very realistic about the danger they’re in – but they need to be confident in their ability to handle it,” writes Barker, noting that studies have shown how optimism and despair can often be self-fulfilling prophecies.

It might surprise readers to learn that SEALS spend only about 25% of their time deployed in the field and the rest of their time honing their skills.  There are so many disciplines that SEALS must master, preparedness becomes paramount.  Indeed, Barker cites research that demonstrates how people who’ve prepared have a greater likelihood of surviving catastrophic scenarios “because they’ve already done the deliberation the other people around them are just now going through” and “reducing uncertainty reduces fear”.

Focusing on improvement is another SEAL-worthy lesson.  Rather than frame situations as binary, win/lose scenarios, consider every situation a learning experience.  Take a page from the elitist of the elite: Navy SEALS perform a rigorous debrief following each mission during which they spend 90% of the time discussing what could be improved the next time.

It’s long been said that there’s no ‘I’ in ‘team’.  So it goes that lone wolves don’t play well with SEALS.  “Giving help and taking on the role of caretaker [increases] the feeling of meaning in our lives” Barker writes.  Having a support network – knowing that you can give and get help – is invaluable during tough times.

Faced with intensive training that goes on for a year or longer, Waters also learned the importance of celebrating small wins.  And the scientific research on happiness backs up his hunch: a series of small victories has a greater cumulative impact than infrequent big wins.  Recognising the small good things also helps you appreciate that life will always have its peaks and valleys.

Finally, laugh!  “Experts say that humour provides a powerful buffer against stress and fear” Barker writes.  “When people are trapped in a stressful situation and feeling overwhelmed, they’re stuck in one way of thinking: This is terrible.  I’ve got to get out of here.  But if you can take a humorous perspective, then by definition you’re looking at it differently – you’re breaking out of that rigid mind-set.”

These are the strategies the toughest of the tough use when faced with the most physically demanding and dangerous situations the world has to offer.  Now, imagine applying these lessons in true grit during stressful business meetings, weekend Hockey League games, or with a tantrum-throwing child!