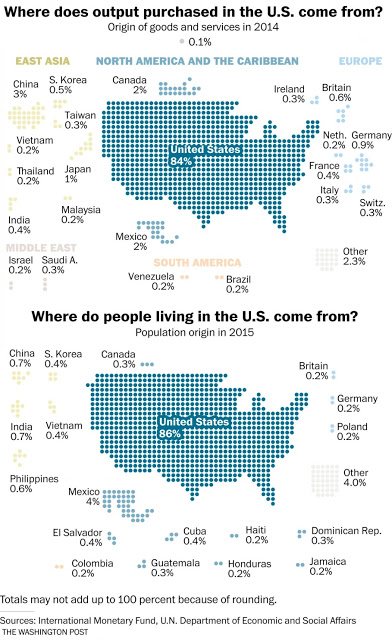 America, it is said, is in a post-truthful state of mind. Anything can be asserted as a fact, especially when the rhetoric is designed to present America as a dystopia overrun with Islamic migrants and Chinese imports. Assumptions are rife and perceptions are warped.

In a Washington Post article Is America enriching the world at its own expense? That’s globaloney, Pankaj Ghemawat and Steven Altman of NYU Stern argue that “the United States is far less buffeted by international trade, immigration and other aspects of globalization than many Americans assume; the whole world is far less globalized than people tend to believe. And policies rooted in overestimating globalization — “globaloney” — could harm the people they purport to protect.”

These three charts go some way to debunking the spittle and paranoia about America being seized by foreign nations. “America First” is doing a pretty good job.

Pankaj Ghemawat is director and Steven Altman is executive director of the Center for the Globalization of Education and Management at New York University’s Stern School of Business. Ghemawat’s latest book is “The Laws of Globalization.” 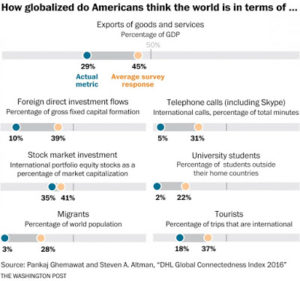