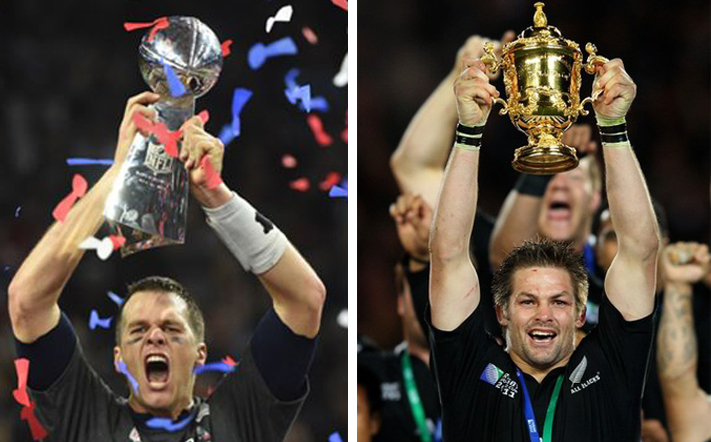 How did Tom Brady and the New England Patriots comeback after being down 21-3 in the first half, and go on to win 34-28? Every time Tom Brady and coach Bill Bellichick open their mouths, the words “mental toughness” come out. They say it as a given – but what does it actually mean? How does it apply? What are the individual behaviors?

For many years in this column I have touched on mental toughness, frequently in the context of the All Blacks and James Kerr’s foundational book Legacy: What the All Blacks can teach Us about the Business of Life. “Touchdown Tommy” is the Richie McCaw of American football. Brady and McCaw are blood brothers – both captains of the greatest football teams in their respective codes. And it was fitting, I thought, that the winning touchdown by James White in the first ever Super Bowl overtime was done rugby style – a charge at the line, head down, arms out stretched, ball planted over the chalk. American football has a myriad of issues in terms of flow – the game could be called futbol interruptus – such is the lack of flow. One play at a time. Reset. Play again. Reset. Wales went 18 phases in their attack on the English line a few weeks ago. Ergo: make the touchdown an actual touchdown. Simply running across the line is not a touchdown. There are a bunch of dramas in rugby at the try-grounding moment. Just as American football has been learning from rugby about safe ways to tackle, there are many more things to learn.

But I digress. Mental toughness. For the Patriots, a lot of mental toughness is about task organization and individual preparation. Brady’s fastidiousness about mind and body preparation has been well documented. In an ESPN interview, Bellichick says: “Every member of the team has an opportunity to show positive leadership or negative leadership. The question for that person is ‘How are they going to do that? How are they going to control that?’ Positive leadership comes from two things: No. 1, doing your job. If you don’t do your job, I don’t see how you can give any leadership. A lot of people who aren’t very good at doing their job, and who try to give leadership, are just looked at as ‘Look, buddy, why don’t you just do your job? Why don’t we start with that instead of trying to tell everybody else what to do?’ So No. 1 [is] do your job. No. 2 [is] put the team first. If those two things are in place, then that person is going to give positive leadership to the team.”

More later this week about perseverance at any cost; the expectation of winning; and mental conditioning.