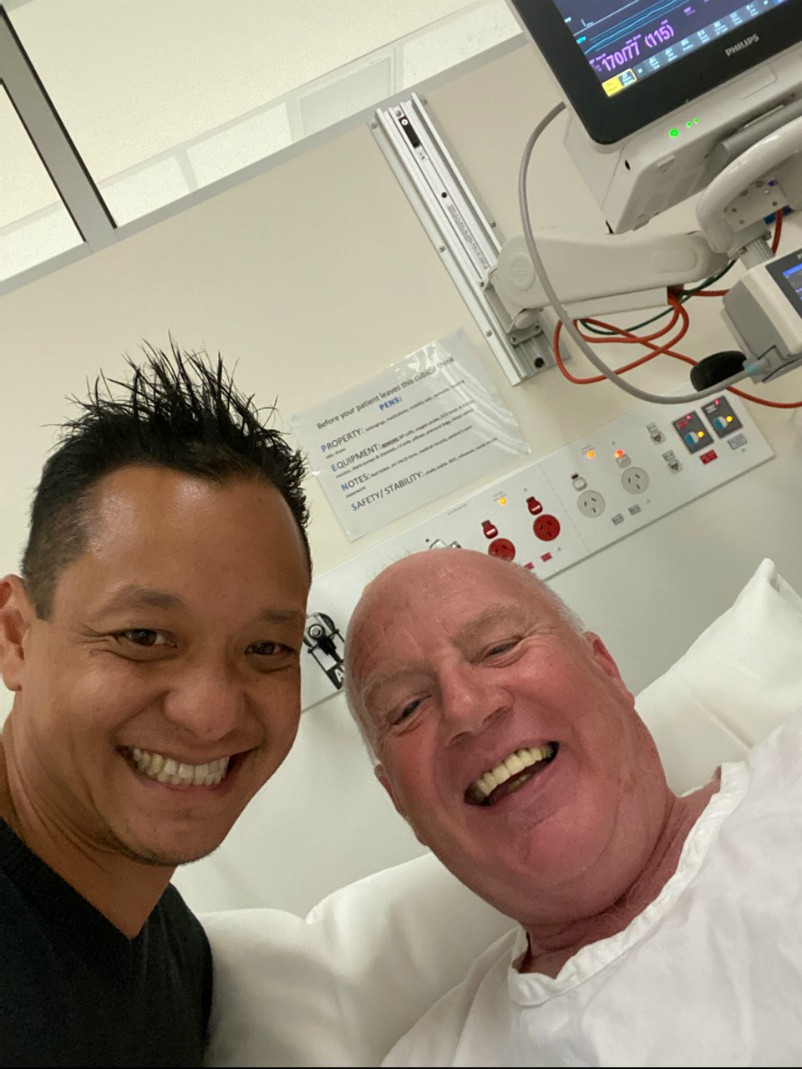 I was rushed to Auckland Hospital where the Heart people and the Neurosurgeons had a struggle as to who got me first.  The Hearts won and it was ECG’s etc before the Brainiacs got their MRI turn.

All was clear and I was diagnosed with Transient Global Amnesia – and kept under lock and key until the next morning when it cleared up.  TGA is a short-term condition in which you have no recall of immediate and recent events.  Your internal computer shuts down and receives no messages – it absorbs nothing and therefore retains nothing.

The Mayo Clinic describes the condition as rare, harmless, and unlikely to happen twice.  No real data on cause.

Seven years later I broke the ‘unlikely to happen again’ theory with a second onslaught at my Carefree, Arizona home.  Similar story – rigorous hospital checks for the usual suspects, overnight stay under observation (close guard!) and released the following day with all faculties restored (except for the 12 – 18 hour period where I stopped receiving and have no data stored).

Well, I broke the mould again last Monday.  En route to Melbourne I was hit again at 6.00am in my home where I was alone and packing.  I have no recall of what happened then (imagine my surprise subsequently when unpacking to find six pairs of socks for a two day trip, and no underpants!!), and no memory of getting to the airport, boarding the plane etc.  I do remember the Air New Zealand crew being super thoughtful and caring – the way they always are.

I couldn’t remember how long I was staying in Australia, where I was staying or where I’d been recently (as I attempted to fill in the Immigration form) and realized I was having my third Transient Global Amnesia bout.  From then on I was taken care of by Cam – an Iraqi driver who became my ‘minder’ for the day, Stella – my Guardian Angel from AIA who was never more than one metre away from me (luckily there was no room in the MRI scanner for the two of us!), Alison – Health and Safety AIA guru, Damian – AIA CEO who came to the hospital to inject his own brand of ‘vitality’ into me, Kate – who brightened up the whole Emergency Ward at the Hospital, Peter – The Sheraton General Manager who made his Hotel my home when I was discharged eight hours later – and of course Family and Friends across the globe who were super loving and supportive.

So here’s a tip of the hat to Friends, Families and Australians and Kiwis in general – who all reached out and went the extra mile at a time when I was lost and vulnerable.

Transient Global Amnesia – a neurological disorder whose key defining characteristic is a temporary but almost total disruption of short-term memory.  The exact cause is unknown but TGA is frequently preceded by an emotionally stressful event.