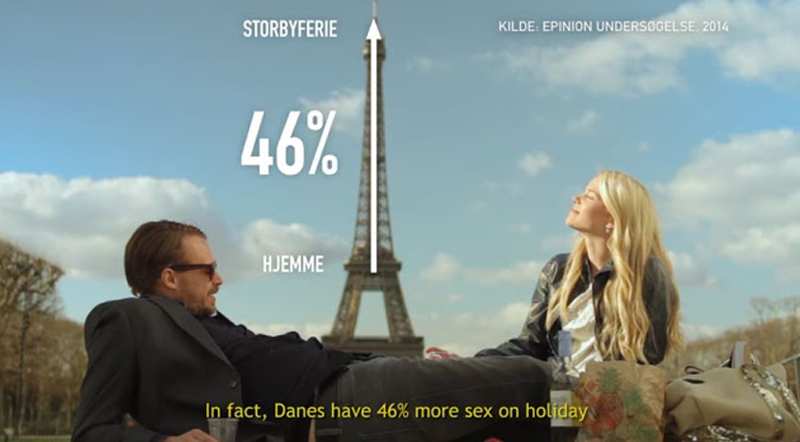 In 2011 I was giving a keynote speech at a major economics conference in Spain. The country has produced many of the world’s greatest artists – Picasso, Dali, Miro, Goya, Velazquez; it held the World Cup then and has two of the greatest football clubs, Real Madrid and Barcelona. Amancio Ortega Gaona was on his way to becoming the world’s richest person through Zara and the other apparel companies in the Intidex group. But overall, the country had – and still has – more than a few serious economic problems: half the country’s young people are unemployed; regionalism is rife; the two hour lunch; rampant property speculation; rampant tax evasion; the underground economy; being generally unproductive.

But two phenomena struck me more than any other. The first was its plummeting birthrate, well below replacement rate (a country needs a fertility rate of just over two children per woman to fill the spaces left behind by deaths; Spain’s is 1.32).

This fits a global pattern of marriage being in outright decline, advanced age of maternity, declining birth rates, motherhood and homemaking being secondary life objectives, aging populations, the phenomenal growth of solo living, and freakish phenomena such a ‘celibacy syndrome – the flight from human intimacy.’ By 2050 Spain will be a depopulated country dominated by elderly and single people, having lost 5.3 million people, or 11% of the population.

The second and quite tangential observation – stemming from the correlation between church-going and happiness – was that despite being an overwhelmingly Catholic country, only 15% of Spaniards went to church any Sunday.

Thus, a national strategy came to mind: Pray & Procreate. The room of economists looked at me askance, but it turns out my finger was on the pulse of a major issue. Business Insider carried a story this week on 10 countries that desperately want people to have more sex.

“There are few things more important than fertility in determining a nation’s future viability,” writes Chris Weller, senior innovation reporter for Business Insider. “Because of certain cultural and economic forces, only about half of the world’s 224 countries currently hit replacement fertility,” “For those that don’t [including China 1.66 and the USA 1.88], encouraging people to have sex can involve strategies that range from highly explicit to downright bizarre.”

No surprise that Spain was right there among the low libido countries. Finally the nation has woken up to the issue and appointed a special commissioner to devise strategies to reverse the declining birthrate.

Business Insider noted that Russia is experiencing a perfect demographic storm. “Men are dying young. HIV/AIDS and alcoholism are crippling the country. And women aren’t having babies. The problem got so bad that Russia declared September 12 the official Day of Conception.”

Singapore has the lowest fertility rate in the world, at just 0.81 children per woman. Each year the government spends roughly $1.6 billion on programs to get people to have more sex. The Singaporean government even held National Night, an event sponsored by the breath-mint company Mentos, to encourage couples to “let their patriotism explode.”

Other countries have tried incentives – baby bonuses, flexible leave structures, parental leave policies, days off work (the Swedish town of Overtornea has announced a proposal to give the municipality’s 550 employees paid time off to “get busy”), parental education programs, three years of baby supplies, even free refrigerators; and disincentives: higher income tax for childless couples, provisions to make divorce nearly impossible, limits on one bedroom apartments.

But you have to hand it to the Danes. Do it for Denmark is the copyline of a promotional campaign to guilt couples into having kids to give their precious mothers a grandchild. The rationale of Spies Rejser, a Danish travel company, is that vacation is the optimal time for “doing it.”

So what to do? Obviously, completely obviously, the focus needs to be on people of child-bearing age. The Rooster’s “9 Brutally Real Reasons Why Millennials Refuse to Have Kids” is not an encouraging start: from “The world kinda sucks now”(1) to “We don’t even need a reason; we just don’t want them, so stop asking!”(9).

Against this, what to do, especially if your business is selling baby and parenting products and services? The answers are not simple.

1. Think both ends of life. Sweeping demographics mean that the health needs of seniors have a congruency with brands catering for babies. These companies need to segue their product development, manufacturing and marketing to cater for both ends of life.

2. Persist with continuous and messaging. Lack of awareness of this demographic bomb is a contributing factor. China has repealed its One Child policy, and 45% of the 1.31 million new born last year were to single child families (though well short of their 3 million new born target). Few people know depopulation is a problem, so raising awareness of the issue and solutions should be a continuous program for the governments involved. Demographics matter, they always have, and can’t be taken for granted.

3. Policies and Practices are essential. Companies and governments mostly have policies that are supportive of children but for everyone involved it will always be a bit of a struggle because of the pressure of commerce and balancing work and life. Keep working at it, listening and asking what will harmonize all the complexities. And taking action.

4. Focus on families. Rather than promotional procreation gimmicks, we need to educate society that the greatest experience in life, is love itself, and the greatest expression of love is family. This is a multi-year macro program for governments, companies, brands and people (prospective parents and grandparents). Immigration is a major factor in this strategy and is driving certain government actions.

One thing is clear: the future of the family is a key national strategy for governments. Not power and war. Make love.

IMAGE: DO IT FOR DENMARK TVC