Foodie Friday. A Nod to Blue. 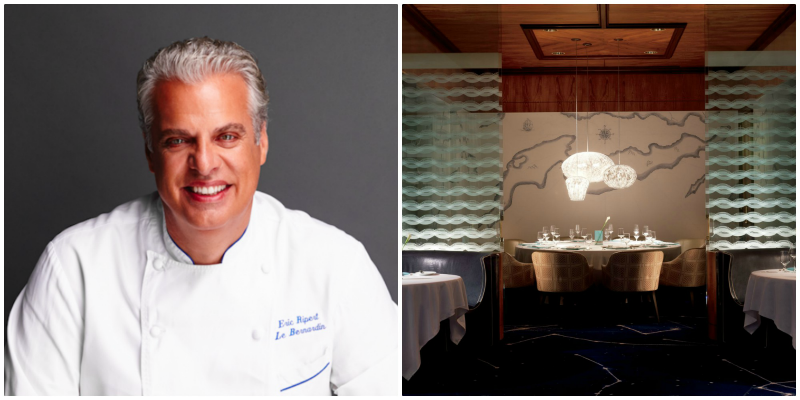 Éric Ripert is one of the best seafood chefs on the planet.  His NYC flagship is a favourite of mine – Le Bernardin; currently ranked No. 17 in the World’s Top 50 list and a three-star Michelin since 2006.  (He was also the one who found Anthony Bourdain dead from hanging two years ago in a Strasbourg hotel.)

Éric has a partnership with The Ritz Carlton on Grand Cayman on Blue by Éric Ripert.  A decadent local seafood experience.  We ate there twice last week – our fourth visit.

Here are the two tasting menus – Éric Ripert and Blue.

The Tuna Foie Gras is one of the best dishes I’ve ever eaten.  And the wine list has classic White French Burgundies to enhance the food.