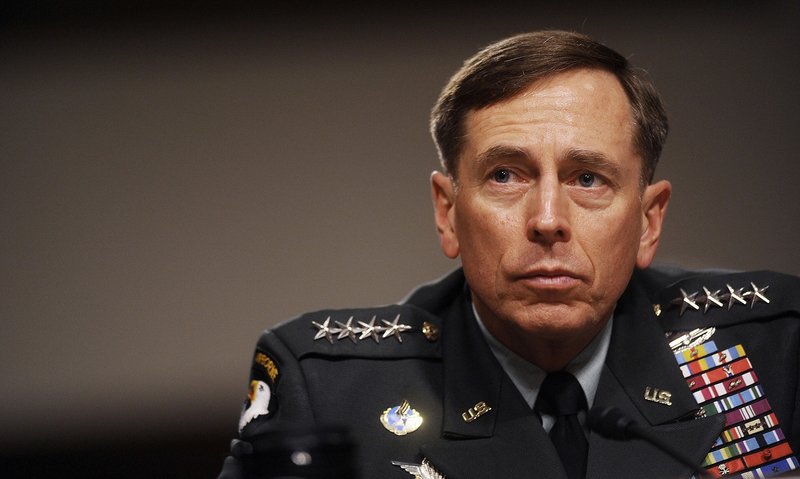 In my sole but seminal encounter with the Pentagon when they asked me to provide counsel on the semiotics of the war on terror, I was told by them that my framework of radical optimism did not fit their VUCA worldview. “The world, Kevin, is volatile, uncertain, complex and ambiguous.” Way to go General! The self-immolation of top brass over the past two weeks has been VUCA-spectacular. Generals Petraeus, Ham, Allen, Sinclair, Admiral Gaouette and Commander Darlak have bought varying degrees of VUCA-disgrace onto themselves and their country.

The windows their actions open into the soul and operations of are startling. I mean what leader of any organization, say for example the supreme commander of the US presence in Afghanistan, has time to write 20,000-30,000 pages of emails to a Tampa socialite. General Allen either has spectacular time management skills, an unusual sense of priorities – or we are more vulnerable than the $711 billion US military budget would lead us to believe.

Much has been made of General Petraeus as the ultimate soldier-scholar, and I am thankful to The Daily Beast for bringing the General’s “lessons on leadership” to my attention. The author is, naturally enough, Paula Broadwell. Context is everything, and in normal situations this reads as a very worthy list.

Lead by example from the front of the formation. Take your performance personally—if you are proud to be average, so too will be your troops.

A leader must provide a vision: clear and achievable “big ideas” combined in a strategic concept – and communicate those ideas throughout the entire organization and to all other stakeholders.

A leader needs to give energy; don’t be an oxygen thief.

There is an exception to every rule, standard operating procedure, and policy; it is up to leaders to determine when exceptions should be made and to explain why they made them.
We all will make mistakes. The key is to recognize them and admit them, to learn from them, and to take off the rearview mirrors—drive on and avoid making them again.

Be humble. The people you’ll be leading already have on-the-ground conflict experience. “Listen and learn.”

Be a team player. “Your team’s triumphs and failures will, obviously, be yours.” Take ownership of both.

Don’t rely on rank. If you rely on rank, rather than on the persuasiveness of your logic, the problem could be you and either your thinking or your communication skills. Likewise, sometimes the best ideas come from bottom-up information sharing (i.e., “Need to share” not “Need to know”). Use “directed telescopes” to improve situational awareness.

Leaders should be thoughtful but decisive. Listen to subordinates’ input, evaluate courses of action and second- and third-order effects, but be OK with an “80 percent solution”. “There will be many moments when all eyes turn to you for a decision. Be prepared for them. Don’t shrink from them. Embrace them.” Sometimes the best move is the bold move.

Stay fit to fight. Your body is your ultimate weapons system. Physical fitness for your body is essential for mental fitness.

The only thing better than a little competition is a lot of competition. Set challenges for your subordinates to encourage them to excel.

Everyone on the team is mission critical. Instill in your team members a sense of great self-worth—that each, at any given time, can be the most important on the battlefield.