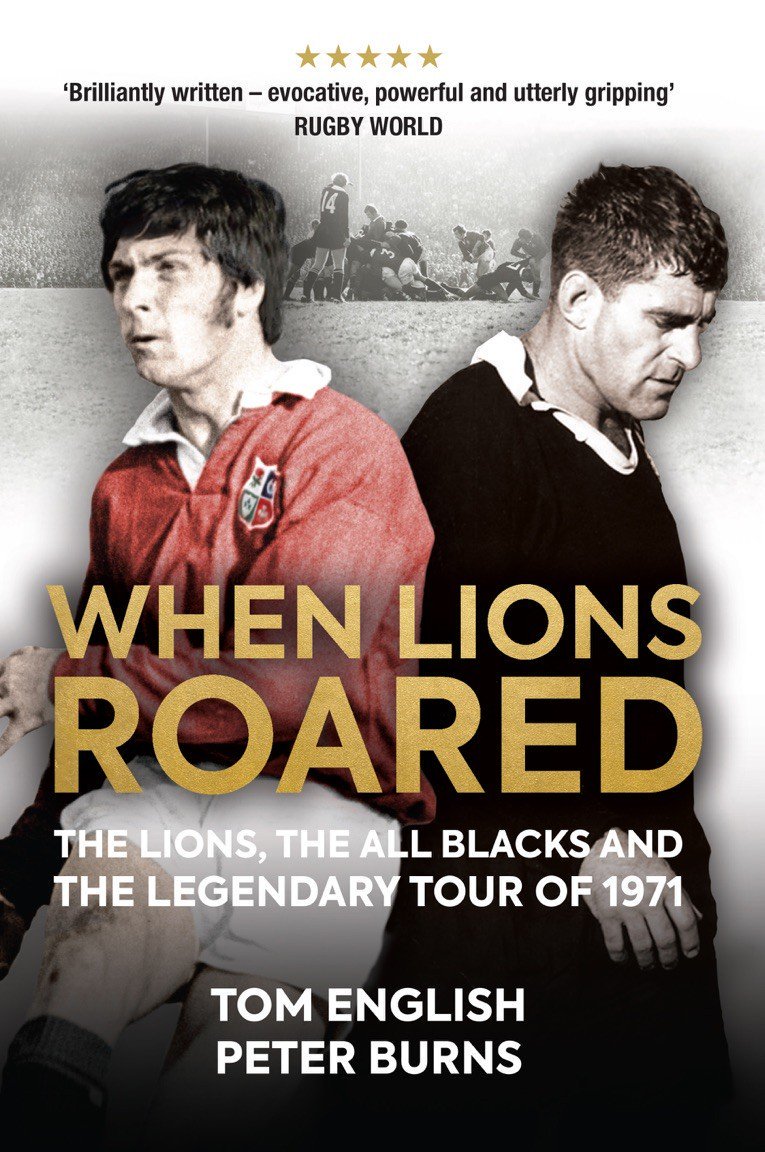 The British & Irish Lions have left New Zealand with a drawn series. Humbug. The All Blacks should have won the final test by 17 points but for blown opportunities. The drawn series was like “kissing your sister”…along the lines of “rugby was the winner on the day.”

As preparation for the tour I read a new book by Tom English and Peter Burns When Lions Roared: The Lions, The All Blacks and the Legendary Tour of 1971, which brings to life one of the greatest stories in rugby history.

“When the enigmatic Welshman Carwyn James was appointed as coach of the side, he faced a gruelling schedule: a twenty-four match slog around New Zealand, which would include a four-Test series against the All Blacks, the best side on the planet.

“No Lions team had ever defeated the All Blacks in a Test series. Since 1904, six Lions sides had travelled to New Zealand and all had returned home with their tails between their legs. But in 1971 a tour party led by John Dawes set out to carve their names into the annals of sporting history with their assault on the great bastion of world rugby.

“Lying in wait for them was team after team of hardened rugby warriors from the length and breadth of New Zealand – grizzled forwards, powerful backs and players capable of footballing magic – and an All Blacks team filled with legends of the game. As the Lions began to light up the rugby fields of New Zealand and the Test series loomed large, it became clear that a clash that would echo through the ages was about to unfold.

“When Lions Roared delves to the very heart of that famous summer as Lions, All Blacks and provincial players from New Zealand recount their memories to bring to life one of the most celebrated tours in rugby history – one that changed the game forever and continues to resonate powerfully to this day.”

In addition to the astute commentary from English and Burns, When Lions Roared is largely told from the point of view of the players. From the Lions, the legendary Barry John, Willie John McBride, Gareth Edwards and JPR Williams along with David Duckham, Gerald Davies, Mike Gibson, Gordon Brown, Mervyn Davies, Derek Quinnell, Fergus Slattery, Roy McLoughlin and Ian McLauchlan. From the All Blacks, Colin Meads, Sig Going, Ian Kirkpatrick, Bryan Williams, Bob Burgess, Peter Whiting and Jazz Muller. For any rugby nut of a certain age, these names are burnished in the memory banks of epic contests.

There’s a great 13 minute video of the 1971 tour to accompany the book, including Ian Kirkpatrick’s 60 metre scorching try in the second test, and JPR William’s 40 meter drop goal which sealed the series for the Lions 3-1. They also won all 20 games against New Zealand provincial sides.