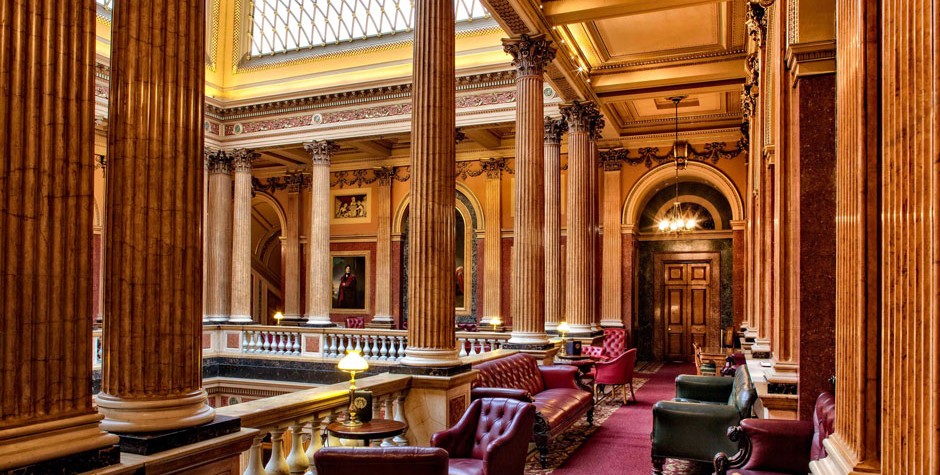 I’ve had the honour of addressing many and varied audiences in some of the world’s most stunning buildings including The Royal Albert Hall, the British Museum and the O2 Arena in London, Radio City Music Hall and The Waldorf in New York, The Ritz in Paris, the Hall of Sciences in Vienna, the Palais des Festival in Cannes, and the Casa da Música in Porto.

My first speaking engagement of 2017 will see me address the cream of the UK’s business and marketing community as a guest of Beattie – The Creative Communications Group – at London’s famous Reform Club, founded in 1836 as a forum for the radical ideas that the first Reform Bill represented.

Designed by renowned English architect Sir Charles Barry, best known for his role in the rebuilding of the Palace of Westminster, the club’s palatial Italian interior, based on the Palazzo Farnese in Rome, can still be enjoyed to this day in all its glory.

As well as having many noteworthy members throughout the years including William Makepeace Thackeray, Arnold Bennett, Sir Arthur Conan Doyle and H.G. Wells, Sir Winston Churchill was said to have conducted many incognito cabinet meetings in the club’s secret chambers.

The club has appeared throughout popular culture and literature including Jules Verne’s Around the World in Eighty Days and in films such as Miss Potter, Quantum of Solace and Sherlock Holmes. Madonna famously filmed the fencing scene in her music video for Die Another Day in the stunning reception hall and staircases.

A few places remain for my talk at the event at 2pm on Wednesday 11th January 2017 in the stunning library at The Reform Club on Pall Mall.

If you are interested in attending email Elspeth at: events@beattiegroup.com.