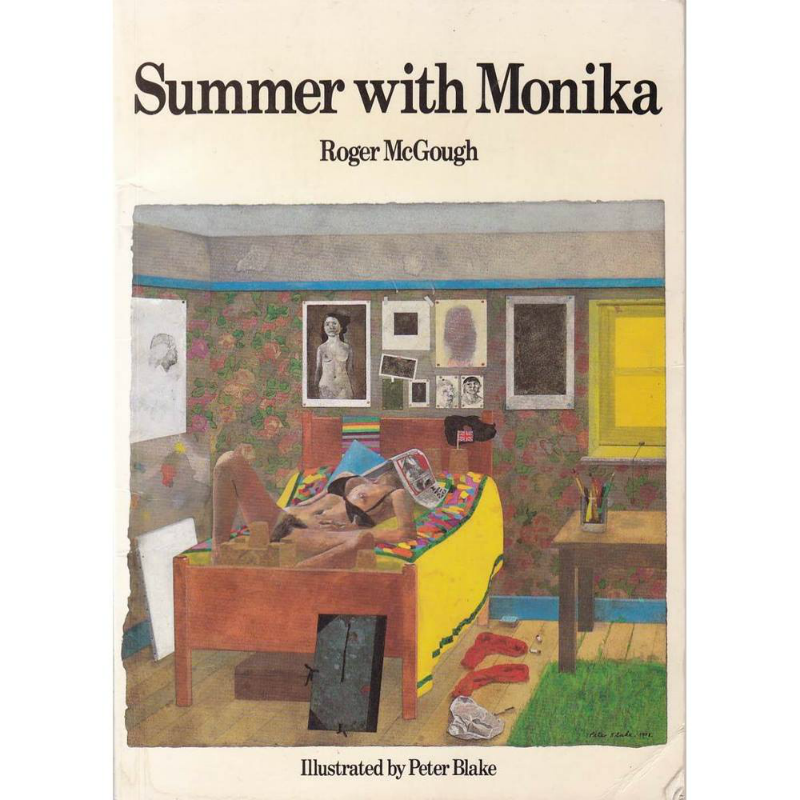 I wrote about the Summer of ’65 in my recent post in praise of Cher.  Two years later was another great Summer.  I was 18 years old, with a beautiful new born Nicola Jane (Nikki) and head ‘n heels in love with my first love Barbara (Nikki’s Mum).

Michael Joseph published Summer with Monika by Roger McGough – and didn’t have enough faith in Roger’s poems so they twinned them with a short novel he’d written called ‘Frinck, a Life in the Day of’ about a young man who goes to London to seek fame and fortune.  (The story inspired me so much I did just that a short time afterwards – more about that some other time.)

Summer with Monika was the book I read every day for three glorious months.

“They say the sun shone now and again,
but it was generally cloudy
with far too much rain.

They say babies were born,
married couples made love,
(often with each other)
and people died
(sometimes violently).

They say it was an average ordinary moderate
run-of-the-mill common or garden Summer
… but it wasn’t.

Monika gave Frinck the slip in 1978.  Whizzard Press published Roger’s poems on their own with a wonderful cover and illustrations by Peter Blake – of Sgt Pepper LP cover fame – but many High St bookshops thought the cover of a girl sunbathing naked on a bed was too explicit, so didn’t stock it (the Swinging Sixties?).

Penguin republished Summer with Monika in 1990 – with a ‘softer’ Blake cover and a 4th edition hit the shelves in 2017 to celebrate Monika’s 50th anniversary.

I have copies of all four editions in my collection and reread the book this weekend on a lonesome, Livin’ Life Slow Sunday in Grasmere – in love with Trudy – and still lovin’ life.

“Our love has become as nice

as a cup of tea in bed.
As simple as something the baby said.”