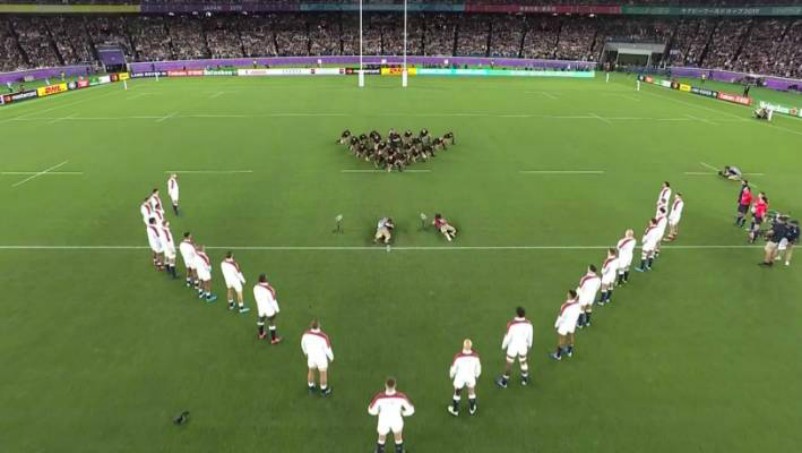 Today is a black day for New Zealand.

The All Blacks were knocked out of the Rugby World Cup by England.  In the Semi-Final – the worst outcome for any player – so near, yet so far.

I watched the game with three friends and was emotionally in pieces.  I have dual citizenship UK and NZ – both national anthems and countries are important to me.  But in Rugby terms I am an All Blacks fan through and through.  I love their values, their Purpose, their history, their style and the way they approach the Game They Play in Heaven.  I am simultaneously an admirer of England and I respect their power, their attitude and many of their legendary players and coaches.

Starting just before kick-off, The All Blacks settled in for the Haka, England responded by coming together in a V for Victory formation which dwarfed the Haka.  The English faces were fully engaged.  And The Power of Three began.

This was England’s order of the day.

Focus on the mission.  To overcome the AB’s, to dominate every phase, and to surprise and overwhelm.

The Commitment to give everything, every second, every minute, every challenge.

The Discipline to keep going without breaking laws, without second-guessing themselves, without over-reaching.

The Beat Goes On.