Home / Blog / Name The First Advertising Agency That Comes Into Your Head.

Name The First Advertising Agency That Comes Into Your Head. 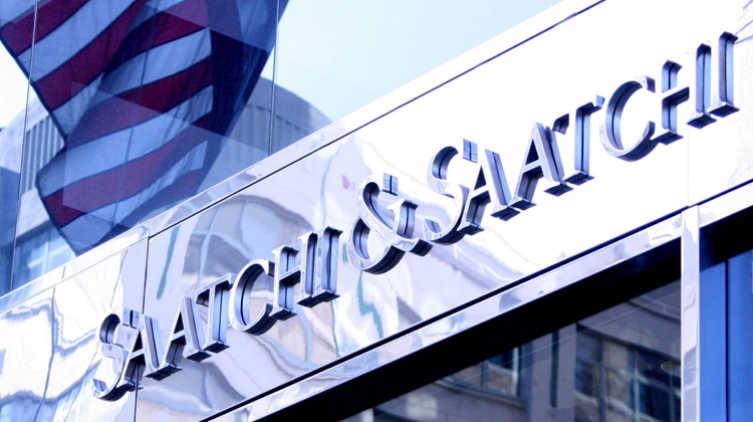 Exactly. Chutzpah & Chutzpah is a history of Saatchi & Saatchi by Richard Myers, Simon Goode and Nick Darke (Michael O’Mara Books, London, 2017). It is an insiders’ story of the first 20 or so years of the most famous advertising agency in history. Chutzpah & Chutzpah is the sixth independently-written book about the agency. It is compelling and irresistible reading. The book is dedicated to founding bothers Charles and Maurice Saatchi, “whose unique talents and chutzpah inspired us to reject mediocrity, to have no fear of being first, to believe that whatever has gone before counts for nothing, and that the unthinkable can be achieved.”

Myers, Goode & Darke (Saatchi originals across creative, management and design respectively) take us on a 195 page ripped and rip-roaring adventure across the founding of the biggest advertising company the world had known, and its subsequent explosiveness.

The agency was, at its core, very British. Literate. Erudite. Funny. Ironic. Sarcastic. Superior. This was 1970; Monty Python, the start of the 747 era, the women’s liberation movement, heavy metal, Richard Branson founding Virgin, BP discovering oil in the North Sea, the death of Jimi Hendrix, the break-up of The Beatles, Nixon’s presidency, Jesus Christ Superstar. Television was the dominant and vital force. Britain was throbbing, and Charles and Maurice Saatchi had a dream and a dare to blow things sky high.

Chutzpah & Chutzpah catches the cultural semiotics that drove a golden era of advertising (alas, before the onslaught of Google, Facebook, Apple and Amazon, creating trillions of dollars of shareholder value against the meagre mega-millions of advertising holding companies. At least advertising had Lunch). A sampling:

Other phrases the authors assign Saatchi & Saatchi in years 1-20:

The actor playing Lafayette in the musical Hamilton exclaims in one of the show’s most popular lines, “Immigrants, we get the job done.” Charles Saatchi had the reported chutzpah of, on a slow news day in London, insuring his creative department for one million pounds, a vast sum of money in the early 70s. The Saatchi brothers had global ambition to be the world’s best and biggest, and they cleverly laced this positioning with the original globalization theorist, Harvard economist Theodore Levitt. Chutzpah & Substance. Soon enough Saatchi & Saatchi was doing legendary campaigns for the biggest brands in Britain: British Airways, BP, ICI, BT, British Coal & Gas, Cadbury Schweppes. The history of the Conservative Party assignments – and the future of Britain – resulting in three election-winning performances is well covered by Myers, Goode & Darke. Through its acquisitions the agency gained Procter & Gamble’s coveted business, and won the business of Toyota and Lexus in the U.S. which it has held for three decades. Collectively, the Saatchi & Saatchi agencies represented, supported, led, quarreled with, inspired, and cajoled clients and brands with sales running into a multi-billion dollar stratosphere. Advertising does make the world go round, and while the business of selling with great ideas has been contaminated by data science, a brilliant idea still goes all the way. 15% or more.

Having ambitions for global dominance – meant that the Saatchi & Saatchi Nothing Is Impossible culture had to inculcate worldwide. There was a waiting audience. In New Zealand, for example, a country who until 1972 had called Great Britain “home,” there were a bunch of mavericks – King, Cullinane, Thorp, Grieve, Bradley, Wicksteed – who gave rise to an agency that just so got the Saatchi & Saatchi attitude that they became one of the most celebrated global agencies. And in Italy. In Spain. Argentina. Brazil. Australia. China. Russia. The Saatchi & Saatchi attitude found willing participants.

My own Saatchi & Saatchi journey began at its founding. My first employer, fashion designer Mary Quant, was a founding shareholder in the agency in 1970, and taken by the chutzpah of the Brothers, I pledged to hire the agency without pitch wherever I was in the world in the future – in Geneva, Casablanca, Toronto, Auckland, Sydney. I did this. And one day I was phoned up to save it.

Chutzpah & Chutzpah is a chronicle of 200 firsthand accounts from alumni, of bad behavior and bad language by good people working at the apotheosis of business and creativity. There are a number of piss-ups and punch-ups but throughout the essence of Saatchi & Saatchi’s trajectory was one of “growing phenomenally, making money, creating great award-winning work, doing winning media and helping our clients be massively successful.” Visionary advertisers are acknowledged in Chutzpah, including Lord King of British Airways who was infatuated to the core, and Bob Field of Toyota in New Zealand, the franchise’s leading country per capita, who greenlighted an outrageous idea on the spot. (“Bugger.”)

I have unconditional love for Saatchi & Saatchi. When Arthur Sadoun, chairman and CEO of Publicis Groupe, spoke to Campaign in 2016 about “the reasons why the Saatchi team is going to succeed,” his first reason was “the incredible strength and attractiveness of the brand…we are talking about the most brilliant brand in the world.”

Myers, Goode & Darke recount an early invocation of the Saatchi & Saatchi brand: “The culture has the attitude of a mongrel fighter, a kind of ‘we may be brash outsiders but we’re going to win’ certainty.”