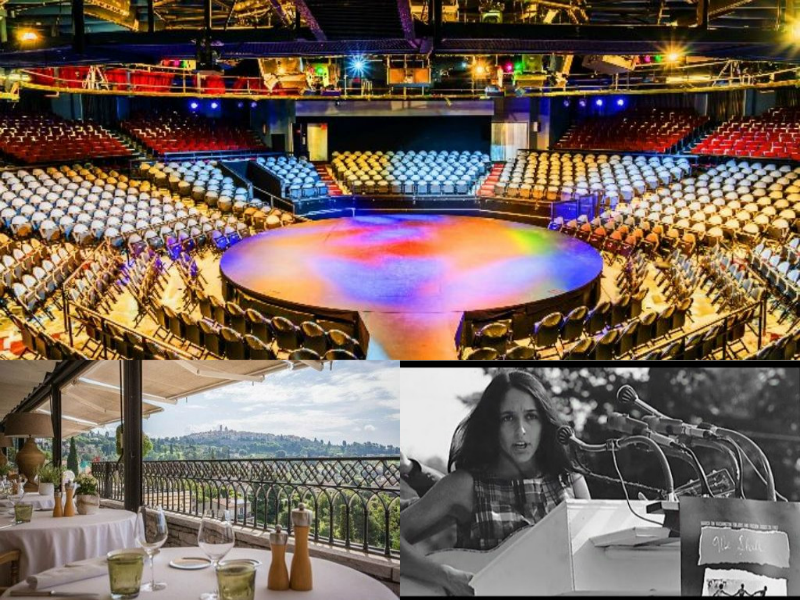 Three recent experiences that made me feel young again.

1)   October 20th.  I celebrated my birthday with a divinely decadent lunch with Trudy at a favourite restaurant, Alain Llorca in St Paul de Vence.  Chef Alain at the helm, wife Virginie lighting up front of house, a table on the terrasse overlooking the village – courgette flowers, sea bass, lobster washed down with a chilled Les Pucelles Puligny-Montrachet – after an hour wandering around Antibes market.  Felt half my age.

2)   Spent two weeks in my old stomping ground – the Middle East – touring and speaking to YPO (Young President’s Organisation) in Tunis, Cairo, Beirut, Kuwait, Doha, Dubai and Muscat.  Highlights included a three hour session with 12 teenagers (YPO members’ children) in Oman, a meeting with an old friend  I hadn’t seen for 35 years, a lunch in one of Cairo’s oldest restaurants – Al Saeed – with a Middle East advertising legend, Tarek Nour, an insightful, private dinner with six eminent Doha leaders as the Khasshoggi scandal broke and renewing old friendships in Beirut with Maya Es-Said.

3)   And then – forever young indeed – I remembered 1964 – as a teenager completely besotted with Joan Baez – an early (and lifelong) heroine.  We had front row seats last Saturday at Phoenix’s 2600 intimate theatre in the round (opened in 1963) – Phoenix Celebrity Theatre – for an evening with Joan Baez.  We sang Amazing Grace together – all of us.  Don’t think twice, it’s alright, There but for fortune, It’s all over now Baby Blue – and she closed her encore with Forever Young – after firing us all up with a poem she’s still writing – urging us to Stand Up and Fight.

‘May you always be courageous,

Stand upright and be strong,

And may you stay