Foodie Friday. Nothing Beats a Decadent Lunch at Home. 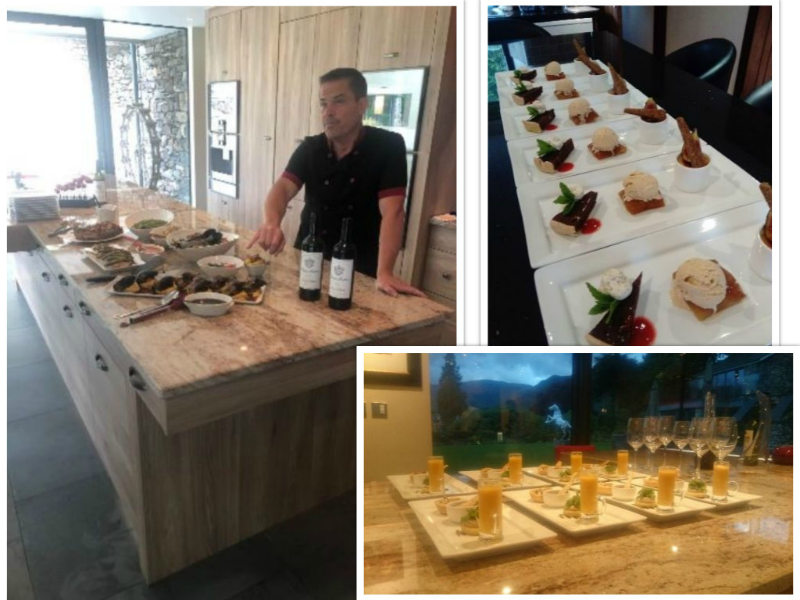 I love eating dinners out – and I rarely lunch, but when I do, it’s with family or friends and it’s (as Sally Bowles told us in Cabaret) Divinely Decadent.

Last week we did the business at Beckwood.

–    Manager of Manchester City – taking us from Division 2 to the Premiership, Everton and Ipswich.  Full time Liverpool Wit.

–    Manchester City, Everton, Bolton and England midfield dynamo (and named 4th best player in the world in 1985 just behind Maradona and Platini).

–    Rugby player – Lancashire, the North of England, Barbarians and England.

–    Inspirational, free-thinking coach of Bath, Ireland and England and my co-Chairman of the LRGS Black Sheep Club

–    Friends since primary school and companions in arms at Lancaster Royal Grammar School and The Vale of Lune RUFC.

1pm      Drinks in our own Lancastrian pub

Nick Foster – late of The Drunken Duck, now his own boss and private chef in the Lakes and North West Lancashire.  Visit him at www.nickfostercatering.co.uk.