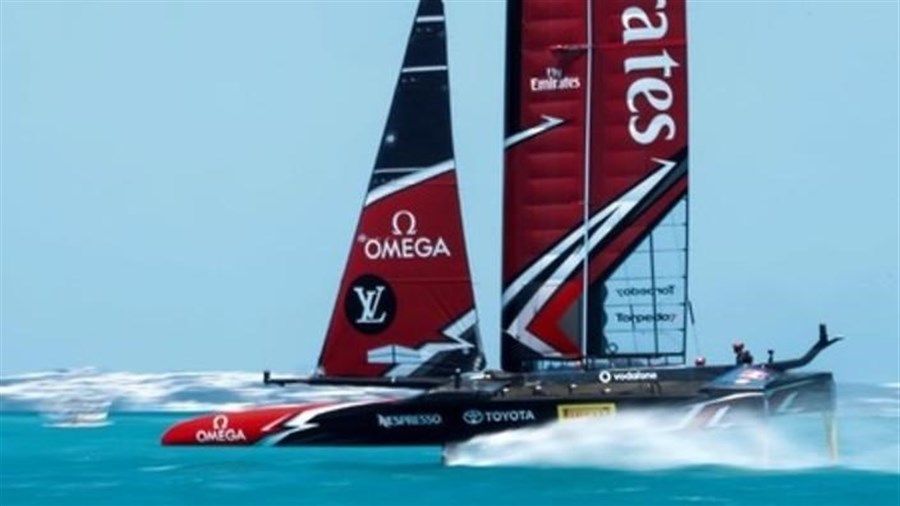 Last Friday I opened Unfiltered’s conference on Team, Culture and Diversity at the Auckland Museum with a presentation on Emirates Team New Zealand’s victory in the America’s Cup. The talk was the subtitle of my book 64 Shots – “Leadership in a Crazy World.” I was involved in several early America’s Cup campaigns – as a sponsor through Lion Nathan’s brand Steinlager (great to see them still a sponsor), as a board member for one of the campaigns, and as a storyteller for a book I co-wrote called Peak Performance: Business Lessons from the World’s Top Sports Organizations, in which Team New Zealand was featured.

Over three decades Team New Zealand has delivered ecstasy and agony in pretty equal measure. In Bermuda 2017 they delivered a SuperVUCA performance – vibrant, unreal, crazy, astounding. In deconstructing their victory, I mapped several correlations with 64 Shots – the power of purpose, the currency of ideas, flow (passion and harmony), mental toughness, inspirational leadership, and my sole algorithm (IQ+EQ+TQ+BQ)CQ. Plus I threw in a twist on the Peter Principle.

The speech is on my Linkedin page, jump over to read it in full and to share, and while there send me an invite to connect.