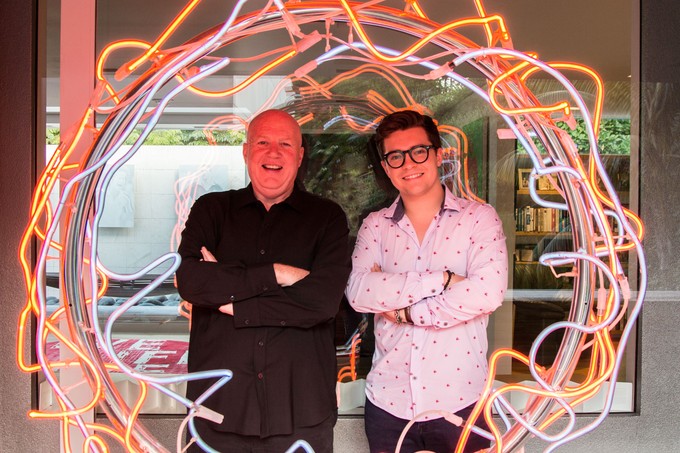 Unfiltered Media, whose subscribers can access long-form interviews with business leaders and entrepreneurs, has appointed ad man Kevin Roberts and Icebreaker boss Rob Fyfe to its board, with Roberts taking the chair.

The appointments are effective from the start of May and come a month after Auckland-based Unfiltered raised $1.2 million from a selection of high net worth investors to help fund its push into the US from June, the company said in a statement. The board is rounded out by founders Jake Millar and Yuuki Ogino and Australian entrepreneur Richard Bell.

Unfiltered was set up by Millar and Ogino in November 2015 and has built up 150,000 individual and corporate users in New Zealand who can access 111 interviews with corporate high-flyers including Stephen Jennings, Virgin’s Richard Branson and former Lion boss Doug Myers, which are pitched as business education.

“I’ve come into Unfiltered because I believe it’s unstoppable,” Roberts said. “The big idea is that we can disrupt every business education programme the world has ever seen. The opportunities in front of us are enormous globally.”

Roberts and Fyfe were part of last month’s $1.2m capital raise, which expanded the companies shares on issue by 1.2 million to 6 million shares, implying Unfiltered’s valued at $6m.

Unfiltered chief executive Millar is the biggest shareholder with 50.2 per cent, followed by Richard Bell with 16.5 million and Ogino at 11.8 per cent. Other investors joining the register in last month’s round include Diane Foreman, Aaron Bhatnagar, Villa Maria Estate founder George Fistonich, and the Huljich family’s Christopher & Banks investment vehicle.

Millar said Fyfe and Roberts’ skills “are exactly what Unfiltered needs from a governance perspective to help it grow into a truly global business”.

Unfiltered Media, whose subscribers can access long-form interviews with business leaders and entrepreneurs, has appointed ad man Kevin Roberts and Icebreaker boss Rob Fyfe to its board, with Roberts taking the chair.