Home / View Point / Media / ‘The Further Up a Company You Go, the More Stupid You Become’

‘The Further Up a Company You Go, the More Stupid You Become’ 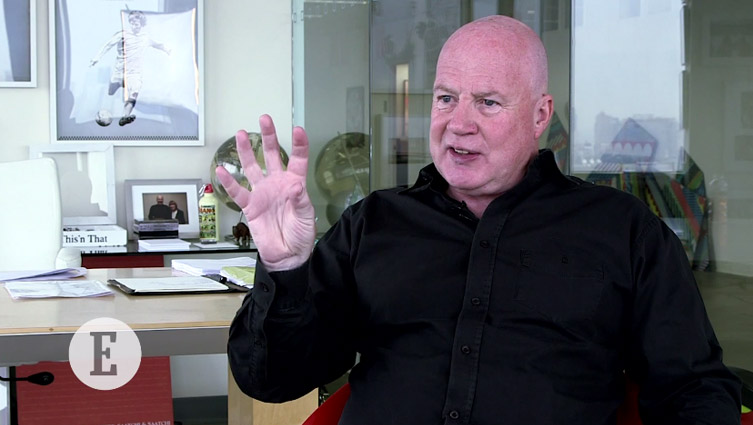 Part of becoming a wise leader is understanding how much you don’t know.

At least that’s according to Kevin Roberts, the global CEO of advertising giant Saatchi & Saatchi, a company that works with more than half of the biggest 50 advertisers in the world. He has run the New York advertising agency since 1997, a feat in and of itself, and in his new role as “head coach” for the parent organization, Publicis, he develops leadership for a team of about 45,000 employees.

“You must believe that the further up a company you go, the more stupid you become,” says Roberts. “As the CEO, your job as the leader is to create leaders. For God’s sake, stop taking decisions [away from others].”

To Roberts, the people who should be making decisions for your company are not in cushy offices but rather on the front line — the people who are interacting most intimately with your consumers and who understand, firsthand, what goes into the day-to-day labors that make your company tick.

Since his first role as an assistant ad man, Roberts has managed the professional careers of thousands of employees. Although what Roberts has learned along the way is that neither the words “manage,” nor the word “employee,” are all that suited to his style. He prefers to think of himself as a big-picture coach, a director of leadership. The word employee seems demeaning to Roberts. He thinks of the people who work at Saatchi & Saatchi as teammates, or his “people.”

Roberts believes everyone in the building should be empowered to be leaders. “To sustain a company, you have got to have leaders at every level of that company, not just Steve Jobs or Richard Branson,” says Roberts. “A leader for us is someone who inspires everyone they touch to be the best they can be.”

Are you a boss managing your employees, or are you a leader coaching your team? Watch this video to learn more about Roberts’ views on motivating people.