Throwback Thursday – Loving it in Italy 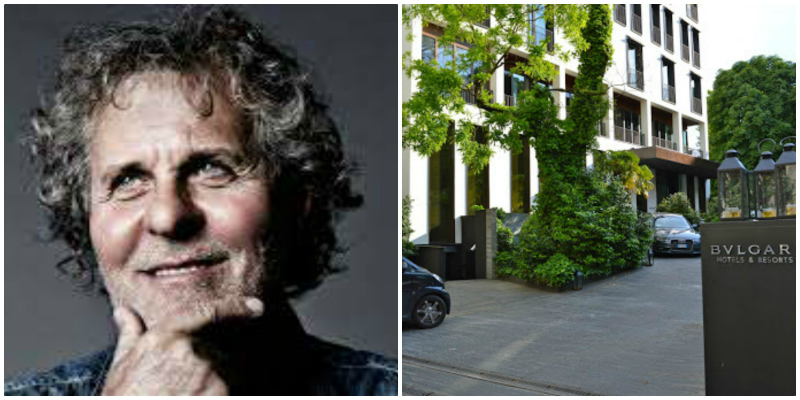 Last week, I was in Milan speaking to 1,500 businessmen at a World Business Forum. Michael Eisner, Colin Powell and Alan Greenspan were also presenting, along with one of the creative geniuses of our age, Renzo Rosso, the Founder of Diesel. Renzo is constantly reinventing fashion, advertising and the in-store experience as he restlessly and rapidly drives Diesel forward. This is a brand based on belief and experience. One of my favorite things last year was to go up to Renzo’s farm in the hills, close the doors, eat suckling pig and drink the red wine he produces on the slopes just outside. Meanwhile, back at the forum, the participants lapped up the two days (having payed, I think, around 2,000 euros per delegate for the privilege) and the feedback was tremendous. I focused on making the world a better place through business, with a strong call to arms on sustainability at the individual level. We also used the occasion to launch The Lovemarks Effect in Italian and the initial reaction has been fantastic. L’Espresso ran a few pages on the idea just prior to the conference. There was also a lot of interest from marketers in Milan as to how they could add emotion and passion into their brands locally. I met the principals of Illy and Lavazza coffee within minutes of each other and both had the same aim – to really establish their brand as a preeminent Lovemark.

One of the side benefits of speaking in Milan is that I was able to catch up with my friends Attilio and his team at the Bulgari. The Bulgari Hotel in Milan is the ultimate Lovemark experience. It drips with mystery, sensuality and intimacy, and really puts the customer at the heart of everything they do. When you check in, your passport is taken. But this is not for Italian bureaucracy reasons. It is so that the staff can be emailed your photograph so that they can call you by name wherever they see you.

Attilio told me he had just met with the top team from Lexus. They were interviewing him about customer service and what they at Lexus could learn from the Bulgari in terms of treating their guests. Pretty inspirational idea from Lexus don’t you think?

Catching up with Renzo and Attilio made the whole 36 hours feel like a family event. However, an even bigger highlight was meeting one of the most inspirational females I’ve ever met. She’s a legend in Italy but perhaps not so well known elsewhere. Marina Salamon is one of the founders of Replay and is one of Italy’s most successful business leaders. She’s incredibly creative and has a number of ex paramours and ex husbands, including Luciano Benetton and Marco Benatti, who is currently in the news enjoying some hefty debate with his ex boss, Sir Martin Sorrell. Marina has four kids (all of whom play rugby – way to go Marina) and is full of passion, energy and inspiration. She introduced The Lovemarks Effect at the Milan Fair and spoke passionately about the role of women and creativity in Italy today. Her story would make a great movie.

Late Breaking News: Bulgari are taking their Lovemark thinking to Tokyo and opening a four floor restaurant on the Ginza in December. They are also going to open a smaller and more casual outlet in Omotesando, close to Saatchi & Saatchi. Should be worth a visit.

Arrivederci.  See you all next year.