Mental Toughness at the Super Bowl 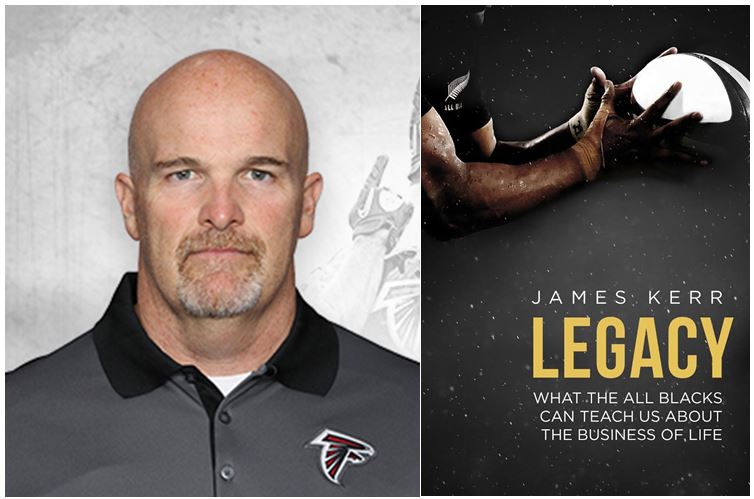 Tom Brady and the New England Patriots just won their most incredible 5th Super Bowl. Every time Brady and coach Bill Belichick are interviewed they talk about mental toughness. And they showed it coming back from a 25 point deficit to win 34-28. There is more to talk about this in the week ahead, but a moment in time reflection needs to be spent on the Atlanta Falcons.

It’s fair to say that the Brady Bunch rolled them back. The Falcons are a very young team and much will be expected of them in 2017-2018. Especially as their coach coach Dan Quinn revealed that he is hugely inspired by New Zealand’s All Blacks and their “extraordinary legacy.”

“I did read an interesting book last year [James Kerr’s Legacy – 15 Lessons in Leadership] about the New Zealand rugby team, the All Blacks, and the culture they’ve had, the winning they’ve had,” Quinn told reporters as the Falcons prepared for the NFL’s championship game against the Patriots.

“Widely known as the All Blacks, New Zealand’s rugby players have established themselves as one of the most successful teams of all time in any sport, and Quinn has long looked at rugby for extra insight into tackling techniques in the National Football League.

“I’ve studied rugby from tackling and it’s been a driving influence on our leverage tackling, using our shoulder tackle, keeping our head out. So, my interest for rugby was already there.

“And then when I found out more about their (New Zealand rugby) culture, what they stood for, how they had long-term success for years and years, that book of legacy was certainly one that left a big impression on me.”

“Someday, I will make that trip over there to see them compete and play,” said Quinn. “That’s how strongly I felt about just reading about them. I haven’t had any interaction with them up to now, but it was definitely a book that captured me.”